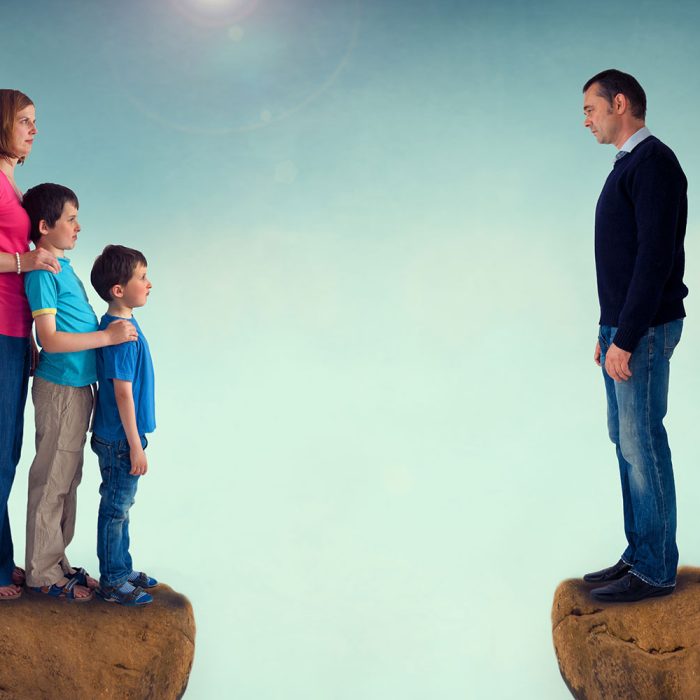 Matters pertaining to the separation of parents, such as custody and visitation, should ideally prioritize the welfare of the minor child. Unfortunately, our judicial system overlooks the welfare of minor children by restricting non-custodial parents from having access to them or having a say in the visitation schedules that regulate their lives. This can cause children to feel defenseless.

Most separations today – whether between spouses or between a child and a parent – include a schedule directing how much access non-custodial parents can have to their children on a monthly basis. Our family courts still find it hard to devise an effective mechanism to allow the ward to interact with his or her parents through an interim visitation schedule during the early stages of child custody litigation. As a bare minimum, the family court often awards access to a minor child for merely two hours and that too within court premises only, once or twice a month. Accordingly, the legal arrangement ordinarily reached administers the day-to-day cadence and schedule of meeting the kids without change until the lis gets decided by the court after 2-3 years of prolonged custody litigation.

A visitation schedule that addresses the needs of an infant may also not be ideal for an elder child. Furthermore, it is unlikely that a small child will demand an adjustment in visitation schedule, or that his or her demand will actually be taken into account since it would mean having to change a longstanding course of action. Confronted with such issues, children in separated families, every now and then, wind up stifling their own needs and choices to avoid any unpleasantness with their parents or having to choose between clashing loyalties. This goes against their wellbeing or welfare and may even actuate a line of provocative and harming practices.

The United Nations Convention on the Rights of the Child (UNCRC) expresses that children reserve the privilege of significant support in the choices that influence them. Grownups, with some misguided notion of protection, regularly try to hold minors back from having a say in guardianship matters when it could be vital for their development, prosperity and welfare. Once children have reached the age of reason — by and large consented to be around 7 — they ought to be perceived as definitive experts on their own lives. No one likes to be told what is beneficial for them or what they ought to do, yet we subject minor children to this when we bring in other experts to assess their lives over a period of days or weeks as a requirement of the visitation arrangement rather than simply listening to them.

To remedy this, all parenting/visitation plans should be subjected to mandatory, binding review and modification every two years after being chalked out. The modification ought to incorporate a private/confidential conversation between minors and an intercession prepared by the family court. The discussion could be recorded to guarantee that the minor child was not compelled to respond in a certain way or posed with leading questions and enquiries. They ought not to be compelled to state their inclinations but should still be welcomed if they decide to share. It is quite possible that many children may not be willing to do this as they may be hesitant to hurt their parents, yet they should be encouraged to advocate for themselves periodically too. And when they do so, their wishes, including those regarding visitation schedules, ought to be respected as expressed, not as deciphered by a specialist or attorney (reliance can be placed on the case titled 2019 MLD 804 Karachi).

The family court should meet with all relatives, independently and collectively, to guarantee that a minor’s desires will be duly regarded in the two-year visitation schedule that will follow. Some people fear that this suggestion may lead to children being controlled by their custodial parents. However, in my 19 years of practice and experience as a family and child custody advocate, I have seen otherwise. Of course, even after listening to children, the success of custody plans must still be properly evaluated. An assessment of visitation schedules may include how the children function at home and at school and how they maintain age-appropriate peer relationships. If, following a modified custody plan for two years, a minor child is struggling in two of the three areas, then it is time to consider whether a different plan may be needed.

It is submitted that both parents can have equal access to minor children in custody cases. In 1970, the no-fault divorce made its first appearance in the United States (in California), highlighting that both parents had an equal right to have access to their children. Forty years later, in 2010, New York became the last state to adopt the no-fault divorce. Will it take another 40 years for children to be heard and have their rights routinely ignored?